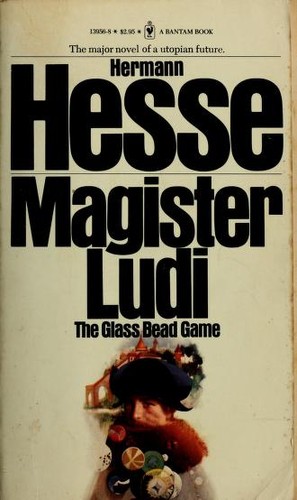 Hesse’s most highly acclaimed book, The Glass Bead Game is set in a fictional state in Central Europe in the 25th Century. The state of Castalia is the home of an austere order of intellectuals who run a group of boarding schools for boys but also make it their life’s work to extend their knowledge and prowess of the Glass Bead Game, a mysterious game whose rules are never revealed. The story chronicles the life of Magister Ludi, the man responsible for administering the game. Although educated in Castalia he has spent a significant length of time in the outside world and as he reflects on his experiences in China and elsewhere he begins to doubt the value of the introverted life he and his fellow masters are leading.

Even though it took me a long time to read, I really enjoyed this one. It essentially revolves around living immersed in academia/in the ivory tower and the personal and ethical questions that come with it. This, of course, is pretty closely related to what I'm currently doing. The language is really nice as well.